OBi, now owned by Polycom, seems to be in the midst of a major technical failure. Users are unable to provision both newly purchased devices as well as re-provision existing devices to correct issues such as the inability to receive Google Voice Calls. 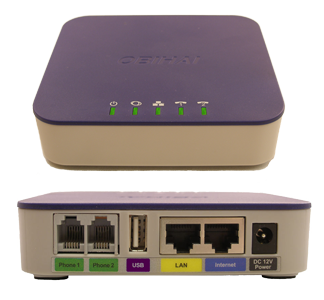 OBi markets devices that provide the capability to have Google Voice ring an actual hardline telephone. In recent weeks, according to posts on their user forums, their provisioning process via the obitalk.com portal has been regularly failing.

Numerous tickets opened by users have not been resolved. If you were thinking of purchasing an OBi device, while I normally recommend them highly, I’d think twice until this is resolved.

In one support thread, SteveInWA — who is a “Hero Member & Beta Tester” states that, “According to Polycom, they are continuing to investigate this problem; it is intermittent, and so meanwhile, their recommendation is to keep trying, and it should eventually work.” This was posted yesterday morning, so there seems to be a distinct lack of progress.